No, you’re not dreaming, it exists, and Lee is completely astounded to learn of its existence.

He thought that his species was the only kind of “panda”. But no, not so!

But what is most surprising is that the panda ant is actually neither an ant nor a panda, but a wasp with the body of an ant, belonging to the family Mutillidae, or mutillidae (called “velvet ants” because of their appearance which is somewhere between ants and wasps.)

It is true that wasps are a nightmare outside in the summer, always wanting to share our plates, but its colours which are so much like a panda of those of a panda make it almost too cute to dislike.

But danger is never far away, because its sting is extremely painful and dangerous, ouch, ouch ouch, and its nickname is “the cow-killer,” brrrr, it’s enough to give you the creeps. 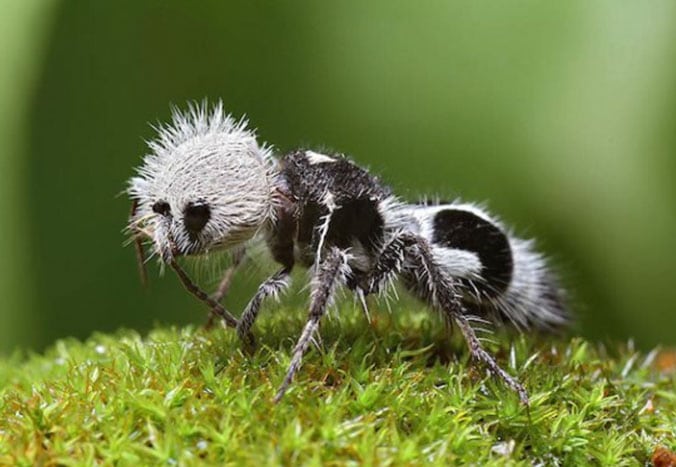 They have been found in the forests of Chile and Argentina, but only in very in small numbers as they are very rare.

The females are wingless and their skeletons (exoskeletons) are hard like steel which is an advantage when it comes to successfully invading the nests of their prey.

A panda ant does not hesitate to kill the tenants of a hive of bees or real wasps to take possession of the territory and make it her own. 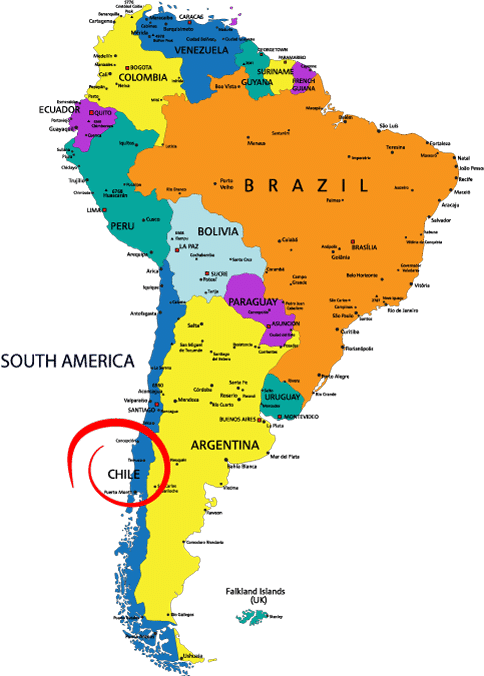 It seems that she is lazy since she does not hesitate to eat the food stored by the former occupants.

She lays her eggs in the already existing cocoons. Once hatched, the larvae will eat the larvae of the bees or wasps.

The panda ant measures between three and four centimetres long. Their black and white colour helps to persuade predators that they are not edible and the hairs on their bodies are important, preserving them from the ambient heat.

Nature is so entertaining and funny that it never ceases to amaze us.

Next time, I’ll find you another animal that is just as surprising as the panda ant.

So, see you soon!

From the Little Chef Panda and me!