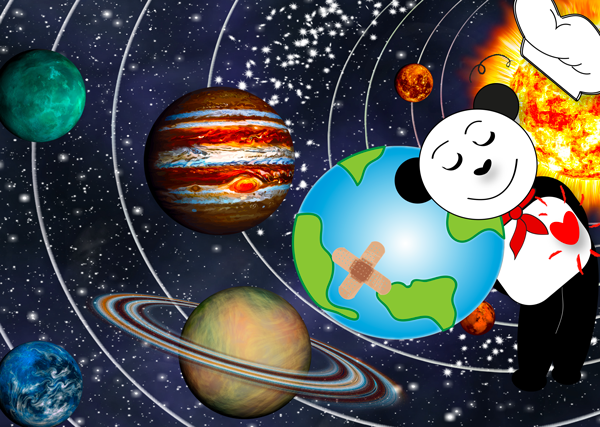 To have a healthier planet and more little LEEs (just like me) in the future, and for you – beautiful flowers, wonderful fish in the oceans and magnificent forests.

The future starts with you. How many computers and televisions do you leave in ‘sleep’ mode? You know, it’s when you see a little red light meaning it’s still on even though the screen is black. Energy is being wasted, and making a simple gesture could help the planet.

Be like E.T* (see at the end who E.T. is). Stick out your index finger and press the button. It’s easy to switch it off completely, isn’t it?

Use your ‘magic’ finger to become a magician for the planet. Even grown-ups will follow your example and they’ll be proud of you. They will spend less on energy and save money to put towards the holidays instead. That’s good, isn’t it?

I’m sure that you  have a nice bedroom, perhaps with posters of your idols on the walls. That’s cool, and although I don’t really know much about you I would guess that you tidy your room at least once a week to help mum out.

But mum often asks you to open the window to air your room, doesn’t she? Because fresh air is good for you. Please don’t forget to switch off the heating next time or else you have it on for nothing. And the planet won’t thank you for that!

The cold season has arrived and now it’s winter. You’re tired after school and might feel a bit cold in your bedroom even though the heating is on.

I’m not saying you should turn it up (certainly not), just put on a sweater and you’re a winner. Remember for next time.

*E.T. the alien is a Steven Spielberg film.

It tells an extraordinary story.

I’ll tell you about it and here’s the poster to “whet your appetite”. So when the weather is bad and your homework is finished why don’t you make a cake for tea from one of my recipes?That way you’ll have a great time watching E.T. But first, always ask an adult for permission. 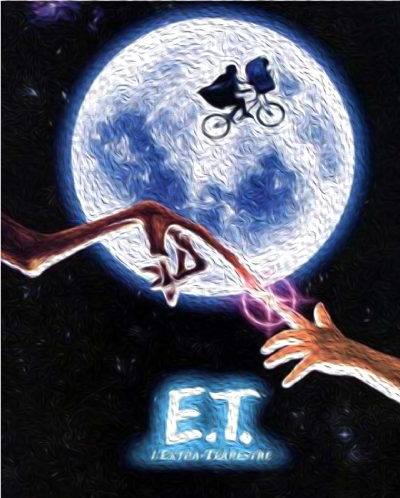 Here’s the beginning of the story:

a flying saucer lands near Los Angeles in the United States one night. Its occupants are sent on a mission to collect plants. One of them gets dazzled by lights from a far-away town. Unfortunately some men track him down and his friends leave earth without him. The adventure starts with this strange and adorable alien from another planet who gets help from a little boy and his friends to go back into space. E.T. points to the sky with his long finger and says “E.T. go home” and the children understand.