WHY DO WE SAY 1st APRIL “APRIL FISH”?

AND HERE IS AN EASY AND FUN RECIPE THAT WILL SURPRISE EVERYONE!

Several sources are listed, but I’m quoting the friendliest ones for you here:

There is one from 1466 which refers to “a very young boy who acted as a “pretty-hearted little messenger” and carried love letters for his master”.

It is also said that King Charles IX decreed in 1564 that the year would begin on January 1st and not on April 1st as it always had been previously. So, January 1st, 1565 was the first time that people wished each other “a happy New Year”.

In different countries, this meant that the fishing season was either open or alternatively completely closed to respect the breeding season. And that’s where the once popular custom of hooking a real fish to people’s backs appeared. They did not notice it immediately because they wore loose-fitting clothing. Nowadays, the real fish is on our plates, and we draw them in all colours or scary (like mine) to hang on people’s backs as a joke. 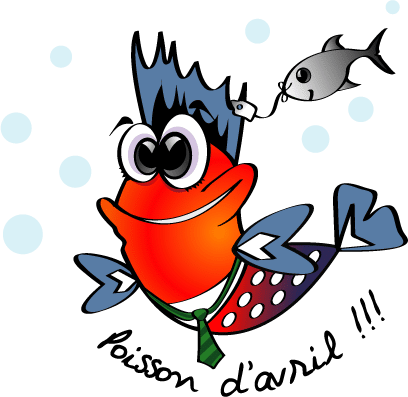 But the meaning of “April Fish” (or “April Fool”) that we now know appeared in 1718 in the dictionary of the French Academy with almost the same expression “give an April fish”. By that time it already meant “to persuade someone to do something useless to make fun of him’.

Here we are, now it’s time for our April Fool joke!!!

It’s our turn to play and prepare a little surprise for those around us.

We will entice them with our new recipe for toffee apples revisited as “toffee onions”, and all they will taste is fire. 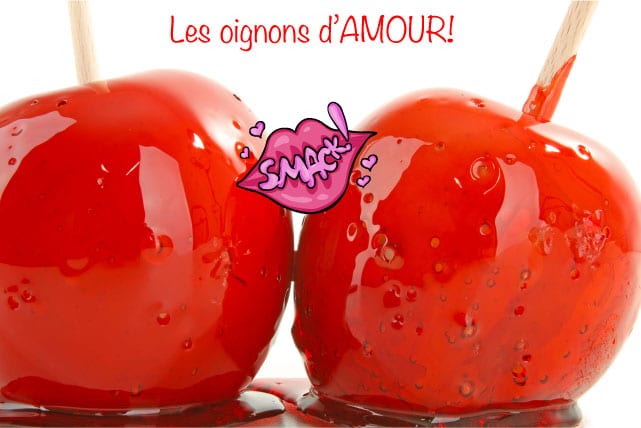 A few drops of red food colouring or some red chilli powder, it’s up to you.

1- Peel your onions, rinse them and put them aside

3- Pour the sugar into a saucepan and then add the water and the colouring. Let it all simmer together * for about 8 mins, keep an eye on the colour and as soon as it looks right, put the pan in your bowl and be careful, don’t get any water in the pan or in your caramel.

4-Spear the onions with the wooden sticks and coat them in red caramel by tilting the pan.

5 – Put them on a rack (the one from the oven will do the trick nicely) and let the toffee onions cool in a dry place. 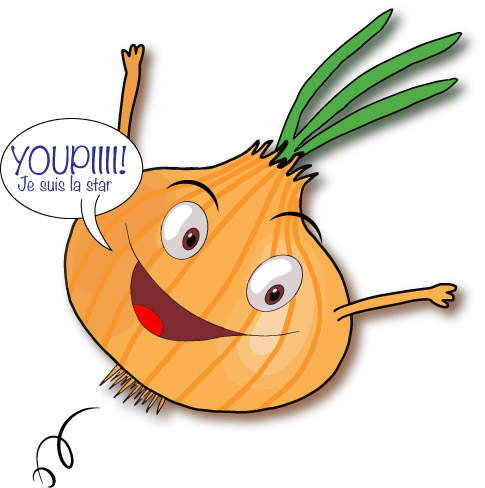 * means the liquid is barely stirring and not yet ready to boil.