A bit of culture with little chef panda LEE.

China, which is officially known as the People’s Republic of China, is a country located in East Asia.

Its capital, Beijing, is also sometimes referred to as ‘Peking’ in English. With around 1.5 billion inhabitants, China is one of the most populated countries in the world.

The official language is Mandarin Chinese, and China has lots of countries around it, amongst which Russia, India and Nepal. In fact it is bordered by 14 countries in total.

Because China is very large, it also has a highly varied climate. There are arid, temperate and mountainous regions to be found in the country, and the latter include the Himalayas and Mount Everest, which continue to represent the ultimate challenge for mountaineers. Additionally, there are areas in the very south of China that have a tropical climate.

Most of the population tends to live in the east of the country, close to the coast, rather than in the west, which is mainly made up of large deserts and mountains. 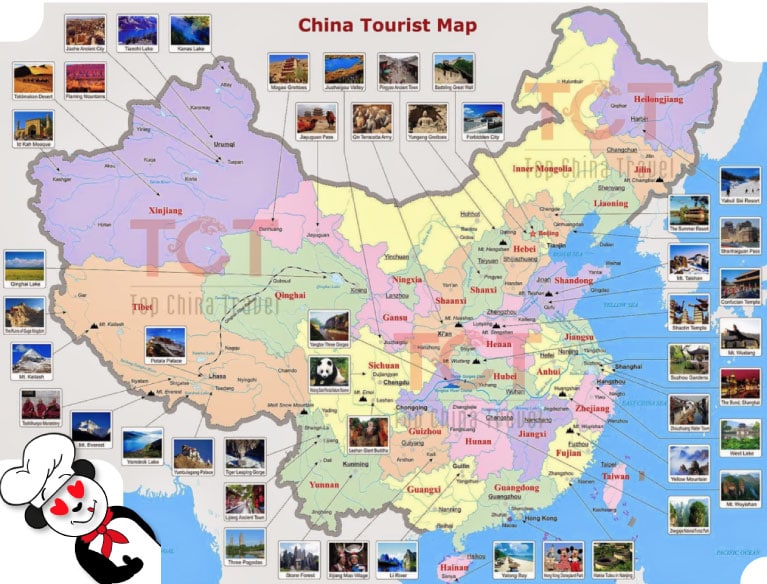 The Chinese flag was designed by a man called Zeng Liansong in 1949. Its background is red, which represents many things for China.

First of all, it symbolises a political party known as the “Communist Party”. Additionally, it is considered a symbol of wealth and good fortune and is the colour of the Han people, an ancient civilisation of China. And finally, it is also, and quite simply, the colour used for Chinese women’s wedding dresses.

As for the stars, the large one again represents the Communist Party and the four smaller ones symbolise the people of China.

All of them are yellow in colour, and this symbolises a lamp shining on the people of China and was also the favourite colour of the emperor. 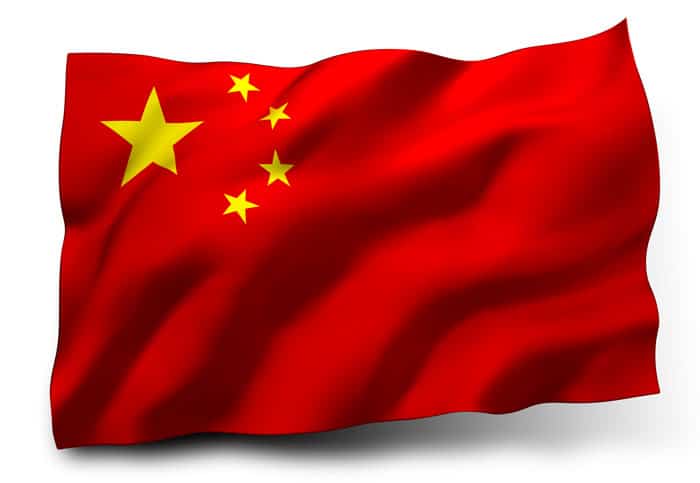 We pandas, however, are the cherry on the cake, the very symbol of China… and yes, we’re simply over the moon about that!

To ensure they always have good fortune on their side, the Chinese try not to use the figure 4, or at least use it as little as possible. This is because it is pronounced ‘say’, which also means ‘death’.

You may well ask yourself what they do when it comes to buildings. Well, it’s really quite simple: they go straight from the 3rd floor to the 5th floor, skipping the 4th. It’s the same with telephone numbers, very few of which include the digit 4: the Chinese try to avoid it at all costs.

But guess what? The Chinese from the south of the country have come up with another little trick, this time concerning the notes of music: do, re, mi, fa, etc. Fa is replaced by the figure 4, because in the Chinese word ‘fa tsaï’ it means “to have lots of wealth”, so it’s really quite cool.

This only happens in the south of China however.

Another custom, and one that may seem disgusting to you but is actually very old and comes from Chinese medicine, is the recommended practice of spitting out all those strange and wonderful things produced by the nose or throat.

This is because this “waste” can prevent the body from working properly. And it doesn’t end there! Passing wind is also permitted, though now that China is receiving increasing numbers of foreign visitors, the Chinese in the large cities are teaching themselves to be more discreet, especially the younger generation.

A small amount of burping, on the other hand, is definitely permitted. This is because it shows the person that prepared the food that you’ve really enjoyed it, just like in various other countries in the world.

So that was a quick glimpse at my country, and I’ll be back again later to tell to you about the unusual and magical places there are to be found in China.

See you all again soon!